Some of the best sailors in the World has assembled at Royal Brighton Yacht Club of Melbourne. And all of them have come here to take part in Sail Melbourne International (SMI) championship 2018 edition. The championship is going to start from 13 of December 2018. 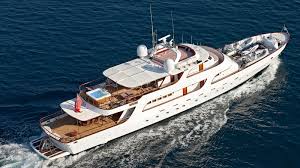 The event Sail Melbourne is one of the premier Olympic of Australia and it calls Classes Regattas to take part. The event takes place every year in the Port Phillip waters, Victoria.  In the southern hemisphere, this regatta is the largest yearly ‘Off the Beach’ one. This year, the event will have some exciting things such as the inauguration of Australian Para-sailing Championships and this will have champions of 2018 World Para-sailing. All will take part in the event. The Sail Melbourne International Racing will kick off on 13th of December and go till 16th of December 2018. Total 375 participants will take part in the competition hailing from 18 different countries.

The event is crucial for champion sailors and it is taking place when only less than two years time has been left for the Tokyo 2020 Olympic Games. Mark Turnbull, who is the director of the event, said “This time is exciting for sailors who are sailing in Victoria and Melbourne. 370 entries have come at the Sail Melbourne International, which is great for the event as well as for participants as it is going to raise the level of competition. For the domestic calendar of Australian, this event is a crucial one for sailors who are participating in Olympic classes in Tokyo as well as for youth classes who want to make their future in sailing.” This is a great opportunity for domestic and international sailors to showcase their sailing talent.
Previous Post: Charity Bay Race For Challenged Sailors By Point Loma Yacht Club
Next Post: The Return of M32 for Winter Racing